The Puzzle of Brad Nelson

Brad Nelson is, without fear of exaggeration, one of the best players in Magic history in Standard. No matter what Standard, what editions, what blocks, he always read better than anyone the puzzle, the interaction, and how the format mutates, evolves. We can say that Brad Nelson, as an expert in midrange strategies, adapts to achieve victory.

And that way of adapting, of understanding that Magic is a puzzle with multiple pieces, led him to be part of the founding team of MTG Melee, the fundamental piece for organizing tournaments, which had an exponential growth due to the pandemic and hosted the largest digital Magic tournament of all times with Red Bull Untapped, and Wizards themselves were using Melee for Organized Play.

Brad started playing at the age of 16, and in the blink of an eye he was on the Pro circuit with an amazing record of 19 top 8s in Grand Prixs, 7 Top 8s in Pro Tour, and being a member of the (defunct) Magic Pro League.

And while Brad recently left his career as a Pro Player, he still loves the game.  “No matter how long I can play this game, I still keep learning from it. It’s just so deep strategically,” Brad says and adds: “It’s much more about the puzzle for me, than any other aspect the game has to offer”. 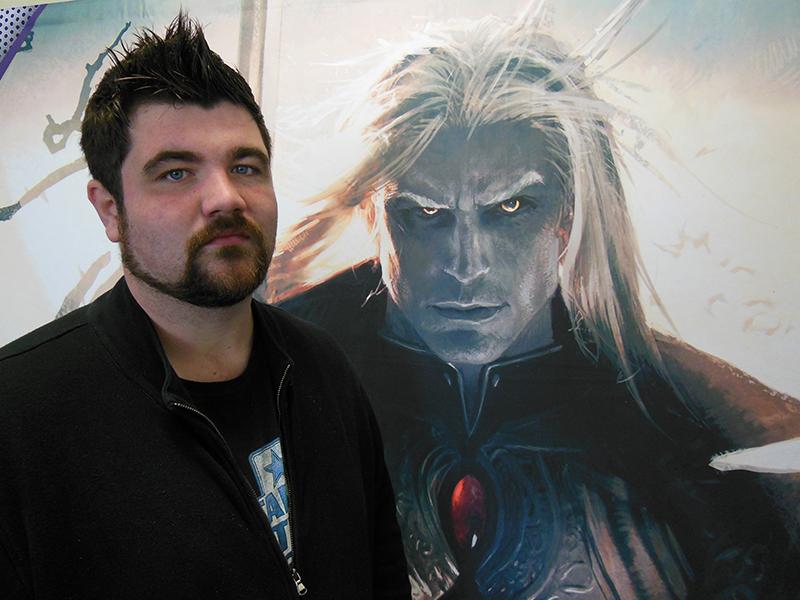 Juani Salas: Which is your favorite card and why?

Brad Nelson: Knight of the White Orchid. I believe there’s too many cards that are better on the play than on the draw. I wish there were more ways for cards to gain value on the draw, and it is one of the aspects to Alchemy that I believe Wizards hasn’t put enough focus on in the way they design cards for that format.

JS: Which deck did you enjoy playing the most?

BN: I’ve always enjoyed playing green midrange decks. They often have the worst win percentage in game one, but gain that back with complex sideboards and tough decisions to be made.

JS: Why have you started playing Commander only now?

BN: The honest answer is that I still very much love Magic, but I’ve fallen out of love with the competitive side of it. That’s not because I don’t like the current system, or anything like that. It’s just that preparing for tournaments just doesn’t “tickle my brain” as it once did. I’m 36 now and have been playing competitive Magic tournaments monthly for 13 years. I’m just sort of over it, you know? Like I still love what it is, and wish everyone the best pursuing the path I’ve chosen. Just at the end of the day, I want to pursue other things like Melee and the business side of the industry. Commander clicked for me instantly as a way for me to continue engaging with Magic in a healthy way that I found enjoyable. I love the banter and conversations that pop up during a game that don’t normally when playing competitively.

JS: What is the first thing you remember about your first GP?

BN: My first Grand Prix was in 2009 in Seattle right before my first Pro Tour in Honolulu. It was a pretty cool experience as I did decently on day two, but more importantly a lot of people like Brian David-Marshal were interested in meeting me. It didn’t make a whole lot of sense at the time as this was my first major event since a Nationals top 16 a few years ago.

JS: Among all your victories in the game, which one did you enjoy the most and why?

BN: Winning Grand Prix Denver with my brother Corey Baumeister and best friend Brian Braun-Duin. It was just one of those moments you dream about in the car ride to a tournament. You know, you say you’re going to win, then your friend says you can take second because they’re going to win. We actually lived that!

JS: Which was your most painful defeat?

BN: Losing the finals of Mythic Championship III. I wanted to win the first Arena “Pro Tour” so badly as it felt at the time like one of the most important tournaments ever. I got so close to winning too… Ugh, that one was brutal. I remember walking off stage and losing my vision for a couple seconds. That one really messed with my brain chemistry, heh.

JS: What was it like deciding to leave competitive Magic? Don’t you feel like something is missing from your day-to-day?

BN: My day-to-day has improved. For two years now I was trying to be a content creator, pro Magic player, and work full time on Melee without pay. Things were getting rather stressful for me, and I rarely had any free time. I’m very happy now that I can consider games of Magic not to be a job, and rather a fun recreational activity when I decide to play them. 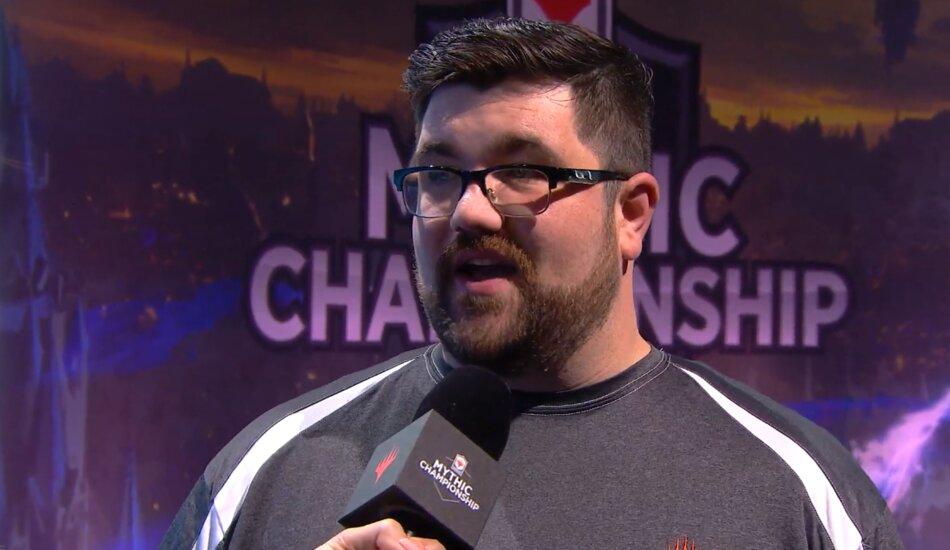 On May 24, Brad Nelson announced that he was leaving competitive play with a heartfelt post on Twitter. “I got to see the World, meet amazing people, and challenge myself in ways no other path in life could have. For all of that I’ll be forever grateful,” he said.

And although Brad announced that he was leaving competitive play, the Magic puzzle is so complex that there are still many more pieces left. “My journey with Magic isn’t over just yet though. As many of you know, I co-founded MTG Melee in early 2020. At the time we were just three people working on a side project to help provide a service we thought the community was in need of. Never in our wildest dreams did we think it would turn into what it currently is, and with that demand more and more of our time,” he explained and announced that he will be the Product Manager for MTG Melee.

BN: Our VP of Product, Jason Flattford came up with the idea of building Tournament Operations Software for the Magic: The Gathering community in 2019. We talked about it a few times, and eventually he brought me on board in December of the same year.

JS: Were you surprised by its development?

BN: Of course I was surprised by its development! Within 2 months of going public we already hosted the largest digital Magic tournament of all times with Red Bull Untapped. A few months later Wizards themselves were using Melee for Organized Play. We took off more quickly than any of us imagined and are still trying to keep up with demand!

JS: Which is your role as Product Manager for MTG Melee?

BN: My role as Product Manager is to help with planning for future development sprints. When I’m not doing that, I make sure all of our clients are satisfied with the product. I help onboard new Organizers, answer questions players may have, and deliver the best customer service I know how to give!

JS: What are the upcoming challenges with MTG Melee?

BN: The biggest challenge has always been getting needed features out the door. We still need to support Draft Pods, Commander, and get a better interface for mobile use. We’re going as fast as we can, but will soon need to expand the team to stay on target.

The puzzle that is Brad Nelson’s life has many pieces, and whether as a former Pro Player, casual Commander player or Product Manager of MTG Melee, Magic, the game he loves so much, seems to be the thing that connects them all.