My choices of explorer decks for the Qualifier

Explorer is the new hot thing that recently came out of MTG Arena and with that we have this month’s qualifier being the explorer format. I’m going to cover the three decks I think that you should play for this weekend’s Qualifier event!

I won’t go too in depth on the decks but I will give you a general overview that you should have enough information to get yourself into a good fighting chance over the weekend. In the new format that is Explorer.

Jund in Explorer – AT Tournament (tournamentmtg.com 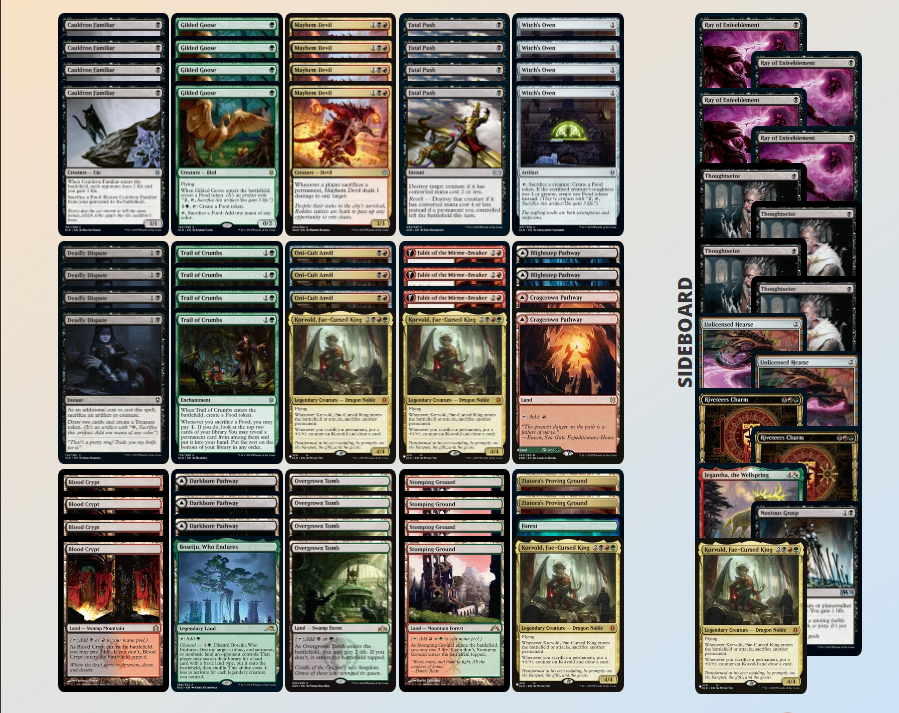 This deck is already well known in the metagame, I actually prefer this deck over the BR build just because we’re in a higher level event and I do not think the more aggressive build of the deck really gains you any more advantages over the field and I also think that korvold is just a house and a half.
The big thing I will say is that there is an argument to Sideboard Kolaghans Command over Korvold Fey Cursed king, and the Noxious grasp. I do think that the Riveteers charm is a house in this deck and I think if you are not sure what to play in the event this is a very good starting point.
The Sideboard of the deck is very simple, bring in Thoughtseize vs Control/combo decks. Bring in Ray of Enfeeblement against any midrange or aggressive white based decks and bring in charm and hearse against any decks where you need graveyard hate or in need of some more answers. The 4th Korvold is only really needed when you’re in midrange mirrors and you just need more access to your boss monster to get you back into the game. The dragon boy continues to be a house and should not be undervalued at any time. My general advice when your sideboarding is to trim cards when your against certain decks unless its very obvious that a card just sucks in certain matchups. 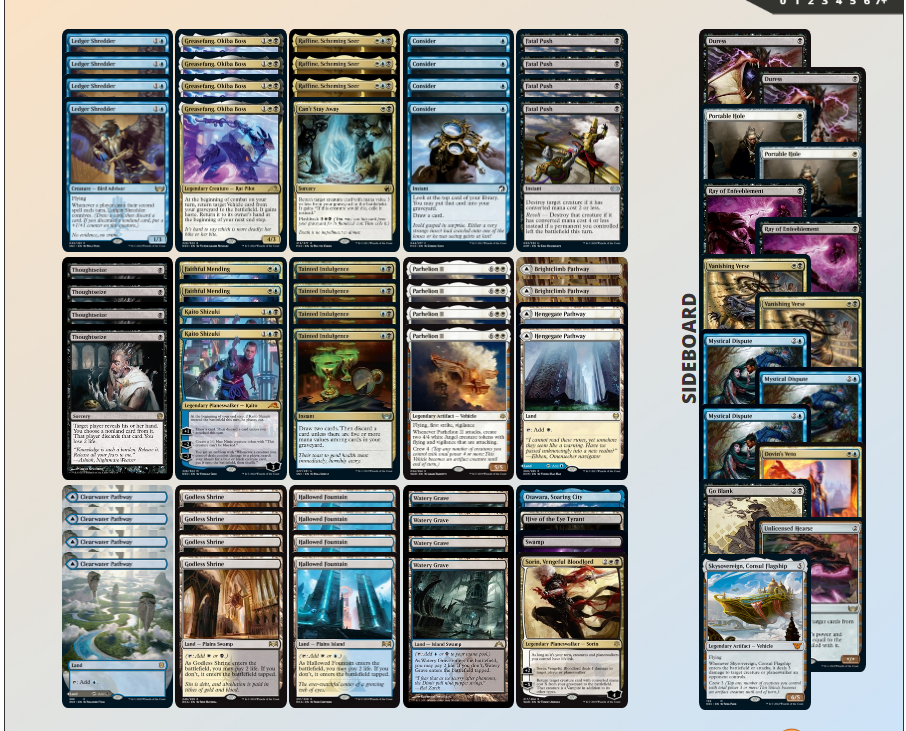 This deck is actually made by my good friend the Nerdysteve and if you don’t feel like playing Sacrifice then this deck is the next best thing to play in an open field. This is probably one of if not the most powerful deck in the meta at the moment since Winota got banned a week ago and nothing has really challenged its place on the Meta tier list. Its has a very simple game plan, Get parhellion into the bin then get it back with Greasefang and turn your stuff sideways. Your sideboard is also farley simple as well, you want disruption vs other control decks, your duress, disputes and Veto’s. And you want your removal against other aggressive decks/midrange decks. I’m not an expert when it comes to sideboarding this deck so im not sure what exactly to take out but I would recommend watching TheNerdySteve and see what he says about that. Otherwise I would probably trim some cards out in certain matchups and play around with my flex spot numbers depending on what I’m up against. 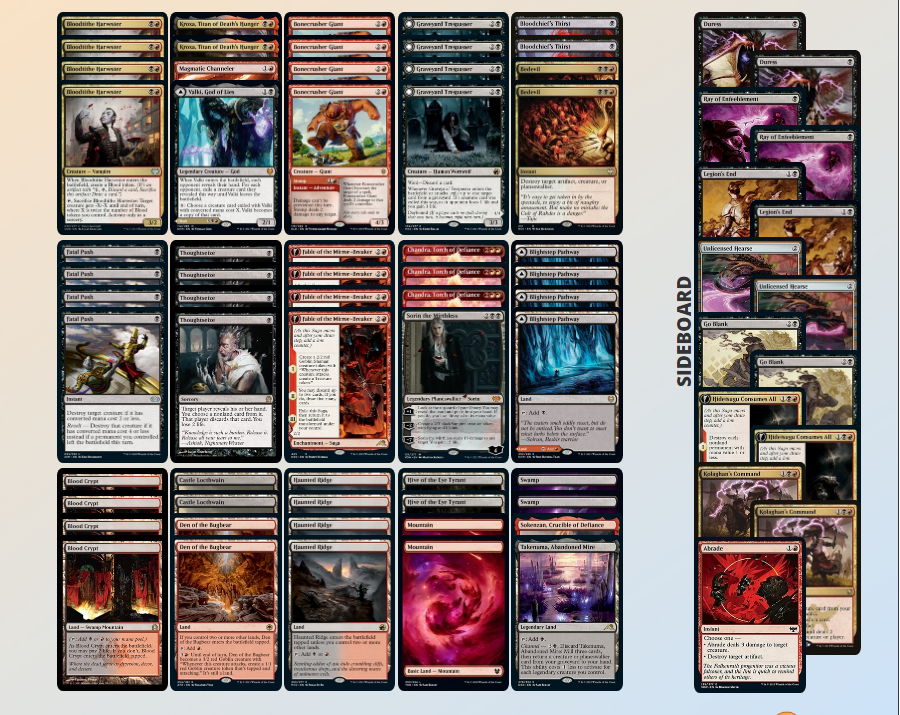 This is going to be the deck that I use for the tournament this weekend. I have been testing this deck for quite a while and have found this list to be very solid for me. The 1-1 split between Magmatic Channeler & Valki God of lies has been wonderful as its given my deck a mana sink in the long run. Channeler helps the deck filter through dead draws to get me to my removal or get threats on board not to mention it can easily be turned into a 4/4 thanks to fable and the amount of removal we run. The sideboard is very reactive but that is mostly because of how I play and how I like my boards. We have hidestugu Consumes all for the food decks, we have more hand disruption for the control decks, and we have more removal for anything else that might try to stop my plan of value. The Hearse are in the deck for more instant speed grave yard hate while the Kolaghan’s Command is used for more of the other stuff. Greasefang is my number 1 target with this deck and I feel fairly confident that the deck can beat it as long as you play smart and play with a level head. I will be putting my skills to the test as I will be playing this event on my phone as I have a Modern Paper tournament that same day.